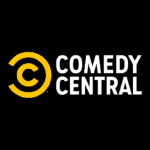 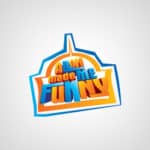 I'm Just Serious. Get a Dose!

For nearly twenty years, Azeem’s comedy has brought laughter to millions of people worldwide. Whether across stage, colleges, corporate events or religious functions, the result is always the same: drop-dead funny. In 2005, he was the recipient of the MPAC Image Award, for his stand-up performance on the critically-acclaimed Allah Made Me Funny: Official Muslim Comedy Tour, which provided an opportunity for a healthy dialogue between Muslims and non-Muslims; drawing the attention of The Daily Show w/ Jon Stewart.  His ability to build bridges across gender, ethnicity, and religious lines has earned him the title of  “holistic healer through humor”.

Many in the media  describe Azeem’s humor as “conscious comedy”. His ability to intertwine touchy subjects in a politically correct society with charismatic candor, makes him sought out the world over.

Azeem, a native of St. Louis, Missouri, began his comedy career in 1999 at the age of 26 while working at a rehabilitation center for persons with intellectual and developmental disabilities. In 2005, Azeem made his network television debut on “Comic View”, which brought him to the attention of many clubs and colleges throughout the United States. His standout performances have taken him to over 5 continents, 37 countries, and a favorite on the seven seas; performing onboard Royal Caribbean and Carnival Cruise Line ships.

Sign up for updates to my live shows, exclusive media footage, discounts, giveaways, and much more!